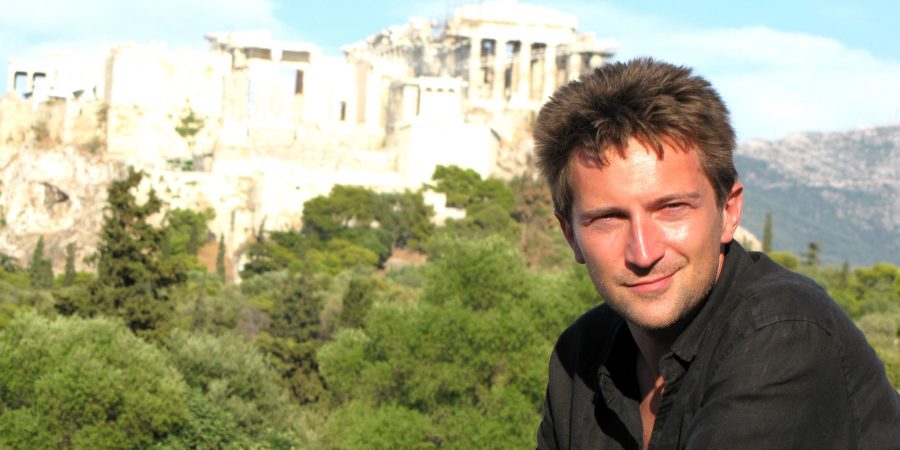 The BBC have decided to show earlier than expected my new series on the origins and development of drama in the ancient Greek and Roman worlds: ANCIENT GREECE: THE GREATEST SHOW ON EARTH.

We filmed this series last August/September with a fantastic team: Keith Schofield on Camera, Rob Leveritt on sound, produced by Catherine Abbot and directed by David Wilson, along with the unswerving support of Argie and Thanasi on location in Greece, and of Maria in Italy.  Here’s the team: 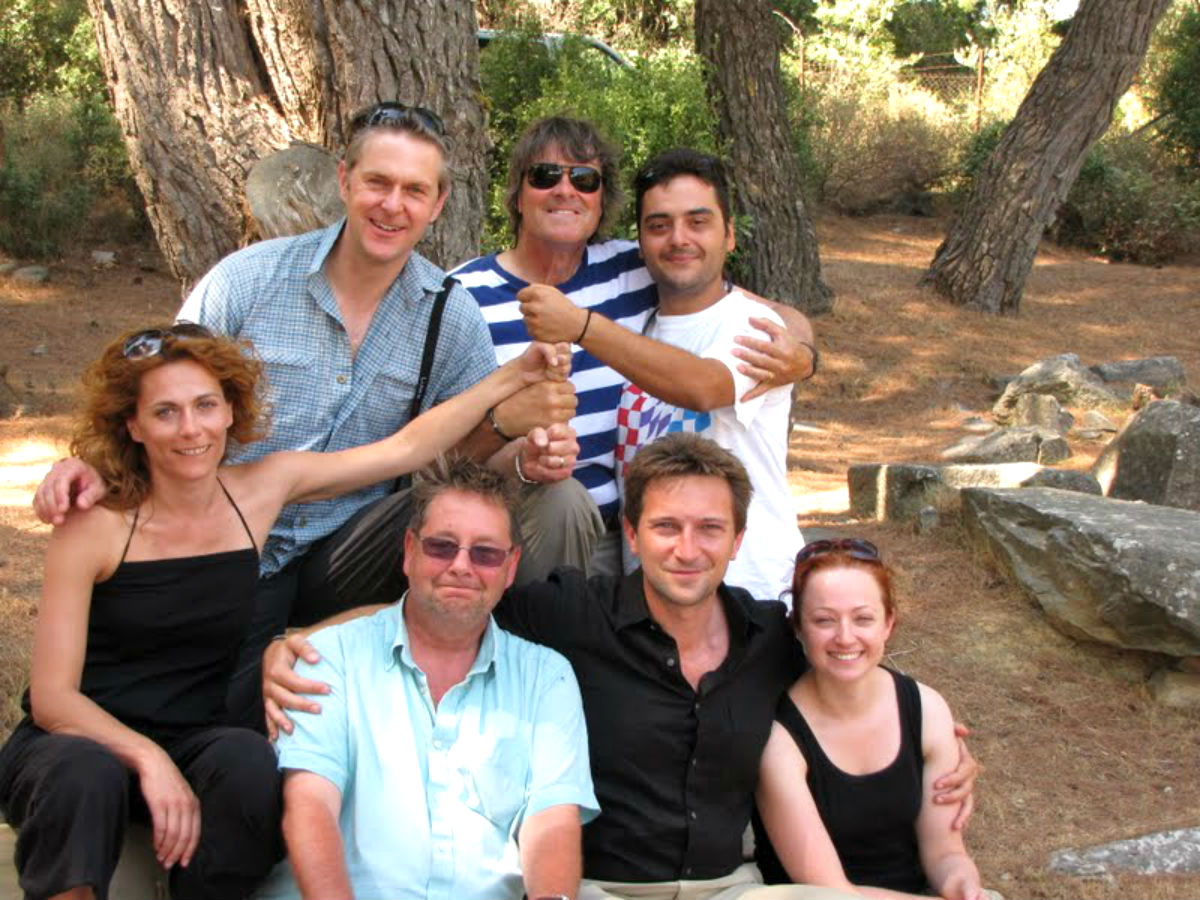 What I am proud about above all on this series is the number of people who have contributed to making it. Above all, it was made in conjunction with the Open University, who will be using the series as part of their teaching courses in years to come: http://www.open.edu/openlearn/whats-on/tv/ou-on-the-bbc-ancient-greece-the-greatest-show-on-earth .

But equally, over the three episodes, you will see contributions from Dr Ed Bispham of Oxford Uni and the British School at Rome, Professor Oliver Taplin, Professor Edith Hall, Professor Robin Osborne, Professor Paul Cartledge, Dr Ian Ruffell, Professor Tim Whitmarsh, Professor Gesine Manuwald, Professor Mathew Leigh, Dr Rosie Wyles, Dr Soi Agelidis of the German Archaeological Institute in Athens, Alessandra Zanobi and Kostas Georgospoulos. And along side all the amazing sites, we also get to work and film in my home away from home in Greece: the British School at Athens

What you get as a result is not just access to some of latest thinking about the role and place of drama in ancient Greek and Roman society, but also a great sense of the variety of opinion and debate about how we should understand ancient drama as well as its relation to us today. Enjoy!