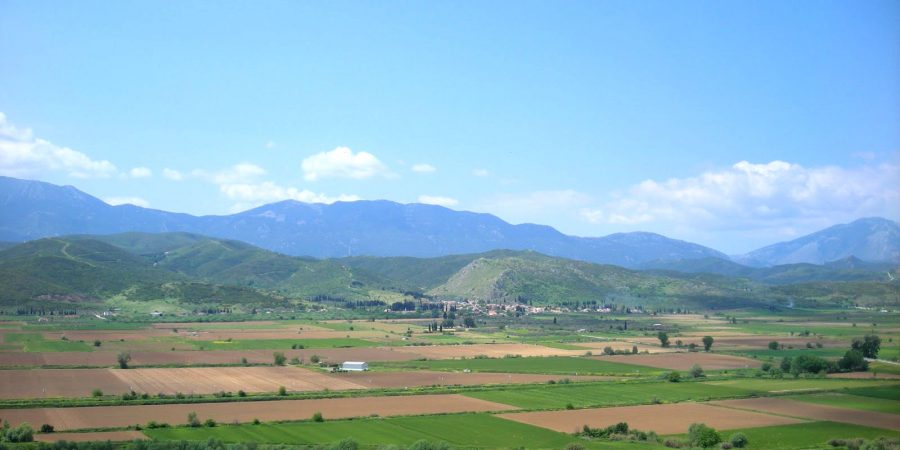 Boiotia – the dancing floor of Ares!

Last week I spoke in a conference organised by a colleague Dr Sam Gartland at Corpus Christi College, Oxford. The conference was focused on Boiotia in the Fourth Century BC. Professor Robin Osborne from Cambridge, my PhD supervisor, was charged with giving a response to the day’s papers. In typical devil’s advocate style, he challenged us to think harder about what really – if anything – made Boiotia special and different, and particularly a Boiotia of the 4th century BC.

What was Boiotia you may well ask? It was the lush and fertile central area of mainland Greece, stuck between Attica (the territory of Athens) on the one hand and the territory of Thessaly to the north. Its centrality was crucial to its history: within its territory took place many of the key battles that defined Greek history: Plataea, Tanagra, Leuctra, Chaironea (see the pic below for Chaironea battlefield today) to name but a few. Its not for nothing that it was labelled ‘the dancing floor of Ares – the god of war’ in the ancient sources. 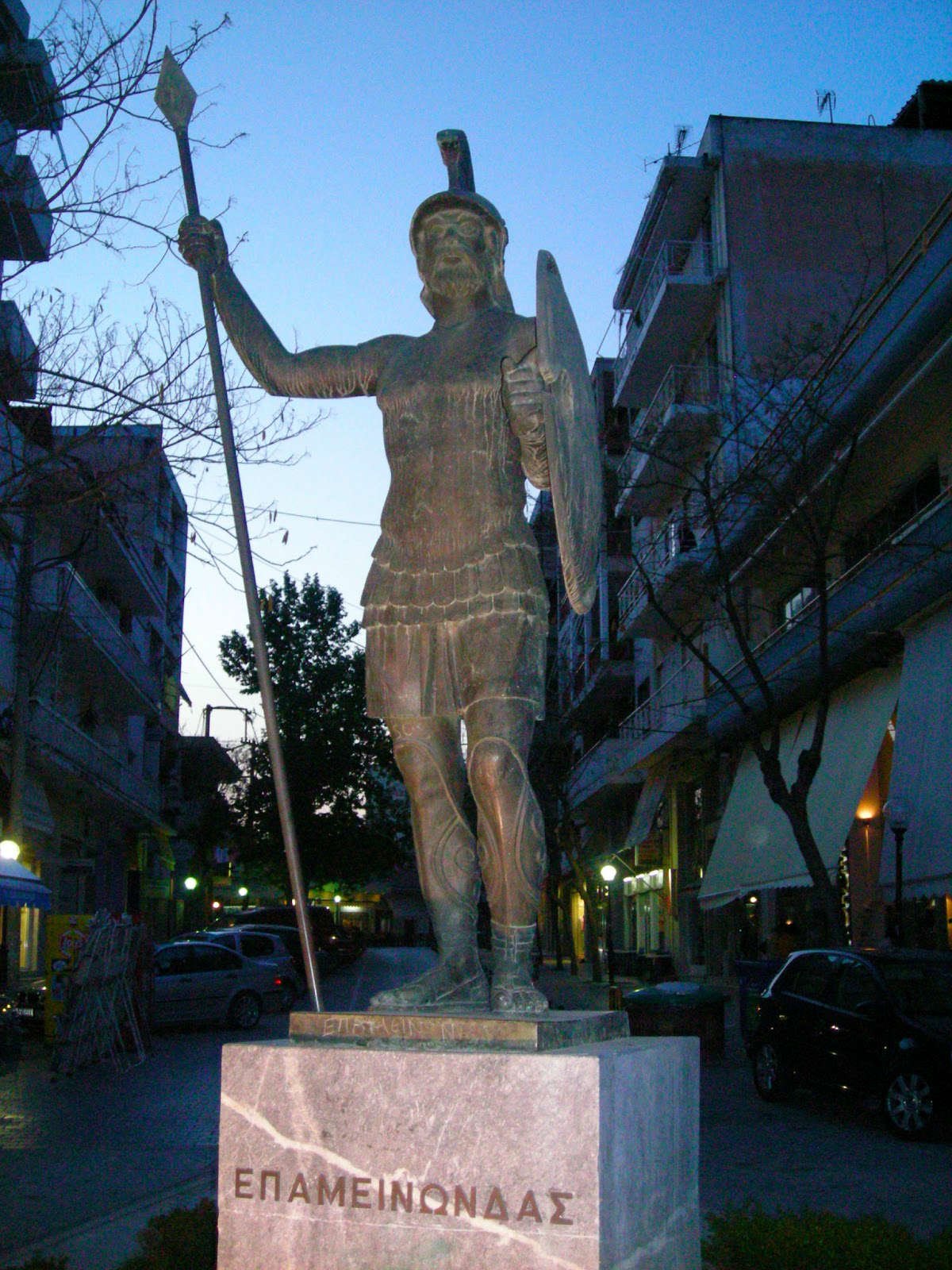 But it was also a curious political animal. Made up – like much of Greece – of independent city-states (poleis) it also – in the 5th and particularly 4th centuries BC – experimented with a number of types of ‘koinon’ – community identity and alliance. That ranged from just the elites of each city joining together to one city (Thebes) ruling the roost to a truely democratic almost federal union of all the city-states.

And it produced some interesting characters – particularly in the 4th century. Outstanding generals like Pelopidas and  Epaminondas (whose statue is in modern Thebes’ town square – see the pic), famed prostitutes like Phyrne of the city of Thespiai, as well as feared fighting units like the Sacred Band supposedly composed of 150 homosexual couples. But what were Boiotians like? Some sources talk of their gluttony. Some poke fun at the fact that they like to talk endlessly in their public meetings. Modern scholars highlight their complex sense of identity: they were from a family, but also from a city and also – depending on the state of the ‘koinon’ – from a wider community.

Where can you go today to come face to face with ancient Boiotians? Its notoriously difficult. One modern guidebook says Thebes is only for the ‘veteran traveler’. Little has survived in comparison with Athens. But for my money, one of the best places to go is the little visited museum of Thebes – its collections are extra-ordinary, a good part of them unpublished and some not viewable anywhere except the museum. My favourite published piece is the little terracotta figure of a ‘cheese-graterer’ – see the pic (bit fuzzy though!) 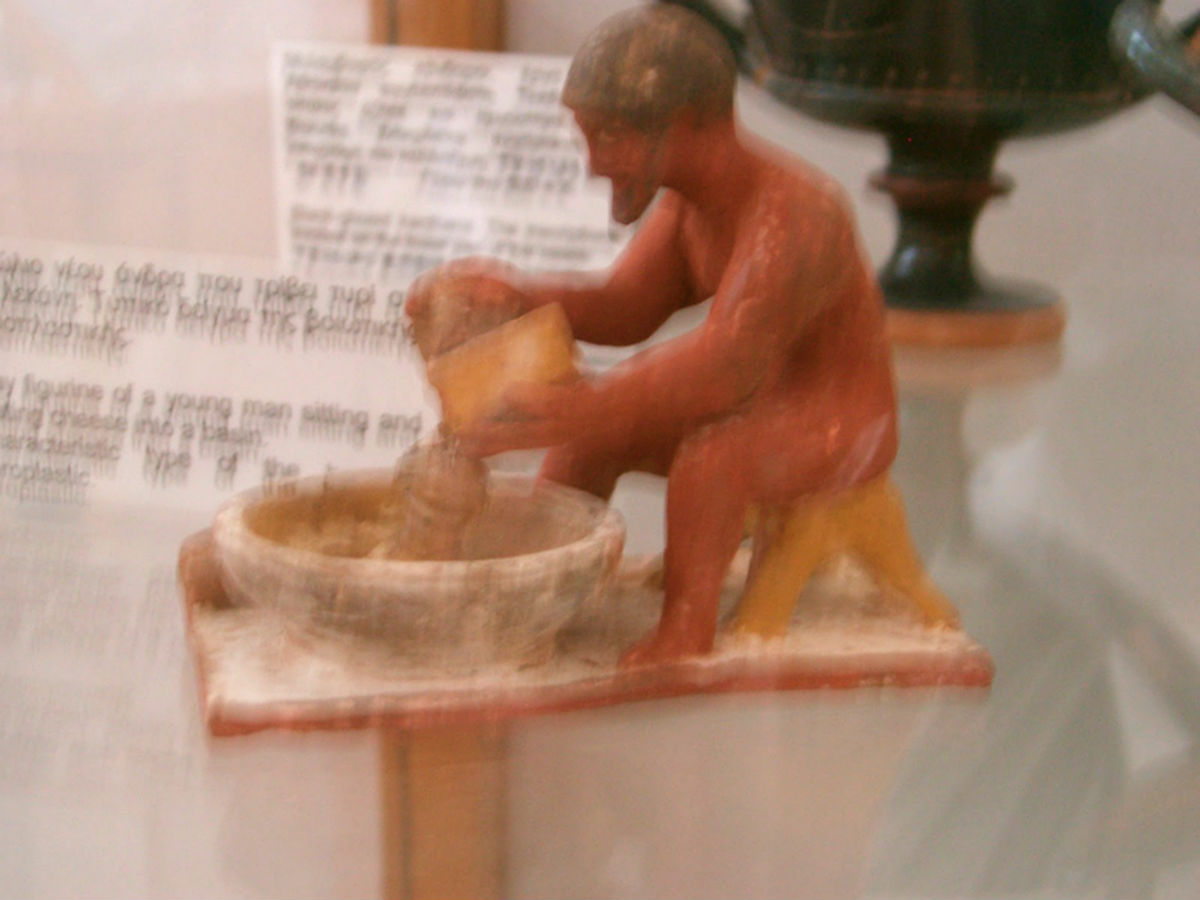 Well worth a look if you find yourself traveling through the dancing floor of Ares. And watch this space for the published version of the conference in due course – we are slowly getting to know what made Boiotia special.