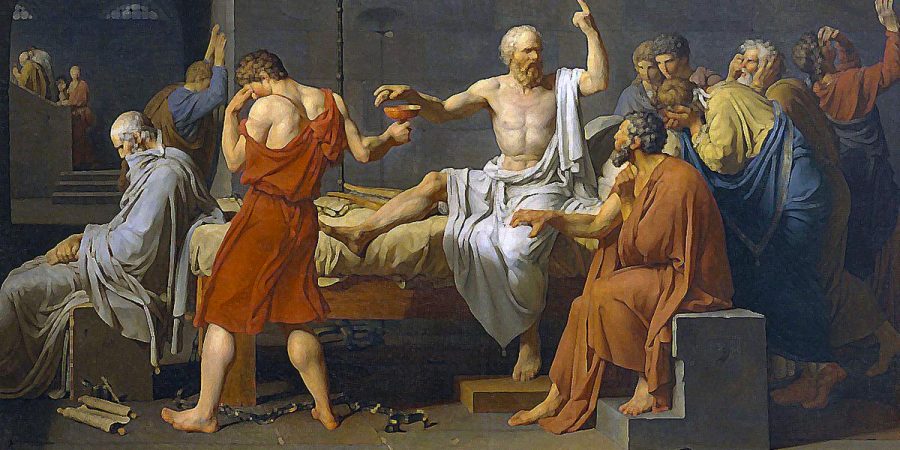 Michael ScottBlogI go to die? Thinking about Socrates and the Almeida Figures of Speech series

Am currently fascinated by the Almeida’s new Figures of Speech season – and particularly Derek Jacobi’s performance of Socrates ‘I go to my death’ speech given after he was convicted by  an Athenian jury and sentenced to death in 399 BC. See the speech here.

The Almeida’s season is devoted to speeches given in past and present by leaders. They want people to think about what visionary leadership sounds like and what being a leader means. Socrates is then in many ways an interesting choice. Not a political leader in any modern sense, his teachings were followed by a small band of fellow philosophers. His trial in 399 BCE came about because he – as an individual – continually sought to distinguish between true and false knowledge, to find out who was wise and who was not by interrogating everyone he met (the now so-called ‘Socratic’ method). As a result he rubbed a lot of people up the wrong way, leading to his accusation in the courts on counts of not worshipping the traditional gods the city worshipped, of introducing his own personal gods, and of corrupting the young. Many scholars also argue that he fell foul of the politics of the day, being too closely aligned with a group of oligarchs (anti-democrats) who had recently seized power (and been chucked out again) in democratic Athens.

Is Socrates’ then a visionary leader or a rebel? And just what is the difference between the two? More importantly, what does he have to say? His speech is hung around two major ideas. The first is that he is proud of the way he conducted himself in the trial – true to his own beliefs and his own sense of righteousness, rather than pandering to what people wanted him to say and behave like (it reminds me of the immortal line in Yes Prime Minister “I am the peoples’ leader, I must follow them!”). The second – and for me more meaningful – is Socrates’ understanding of what awaits him in death. Death he says could be nothingness, a long eternal undisturbed sleep (which he highlights as a joy) or it could be the migration of the soul to a place where all the other dead are (which he again highlights as a joy as it would give him the chance to talk with lots of famous interesting already dead people and continue his search for truth). To die is therefore in either case to gain in his view. 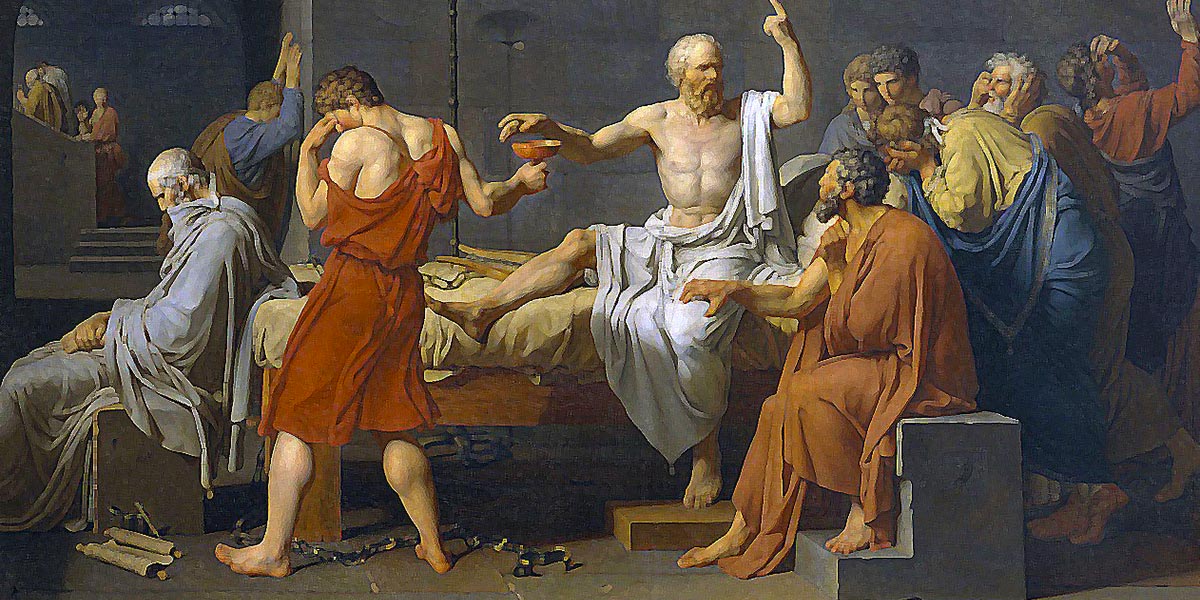 This idea of what death will be like was picked up by the group (members of the Finsbury Park Death Cafe and Gentle Dusk community) reacting to Socrates speech also filmed by the Almeida. See their thoughts here.

If Socrates’ speech therefore helps us to understand what visionary leadership sounds like, for me, it underlines the idea that sometimes no one can lead us, we have to lead ourselves.