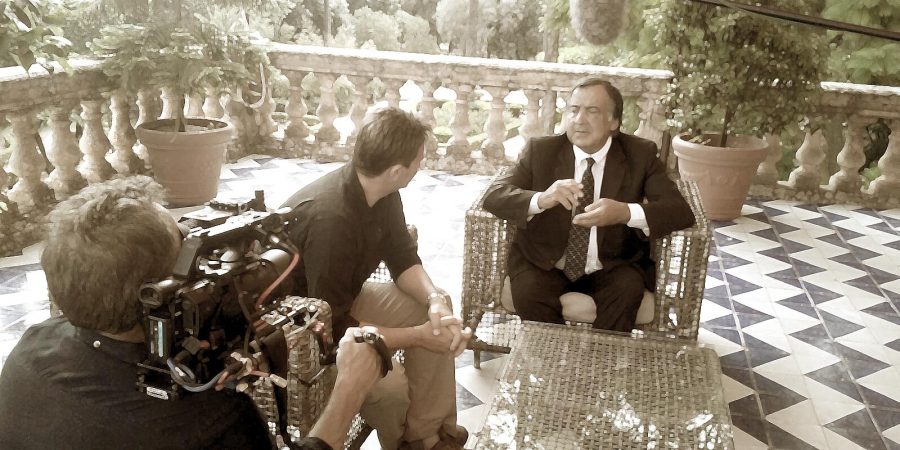 Following hot on the heels of Italy’s Invisible Cities on BBC One, my new series on BBC Two starts on Tuesday 31st Jan 9pm. Sicily: wonder of the Mediterranean.

The subject of this two part series is the island of Sicily.  From treading grapes in an ancient wine press, scrambling across a 20ft Lava wall on mount Etna, reciting Shakespeare in an ancient Greek theatre, excavating child bones from a possible human sacrifice, salt mining old-fashioned style, having a cut throat shave from an 80 year local barber, trying my hand at Sicilian martial art of stick-fighting, making puppets and chocolate and exploring the underground Arab aqueducts of Palermo, we travel across the length and breadth of this extraordinary island. 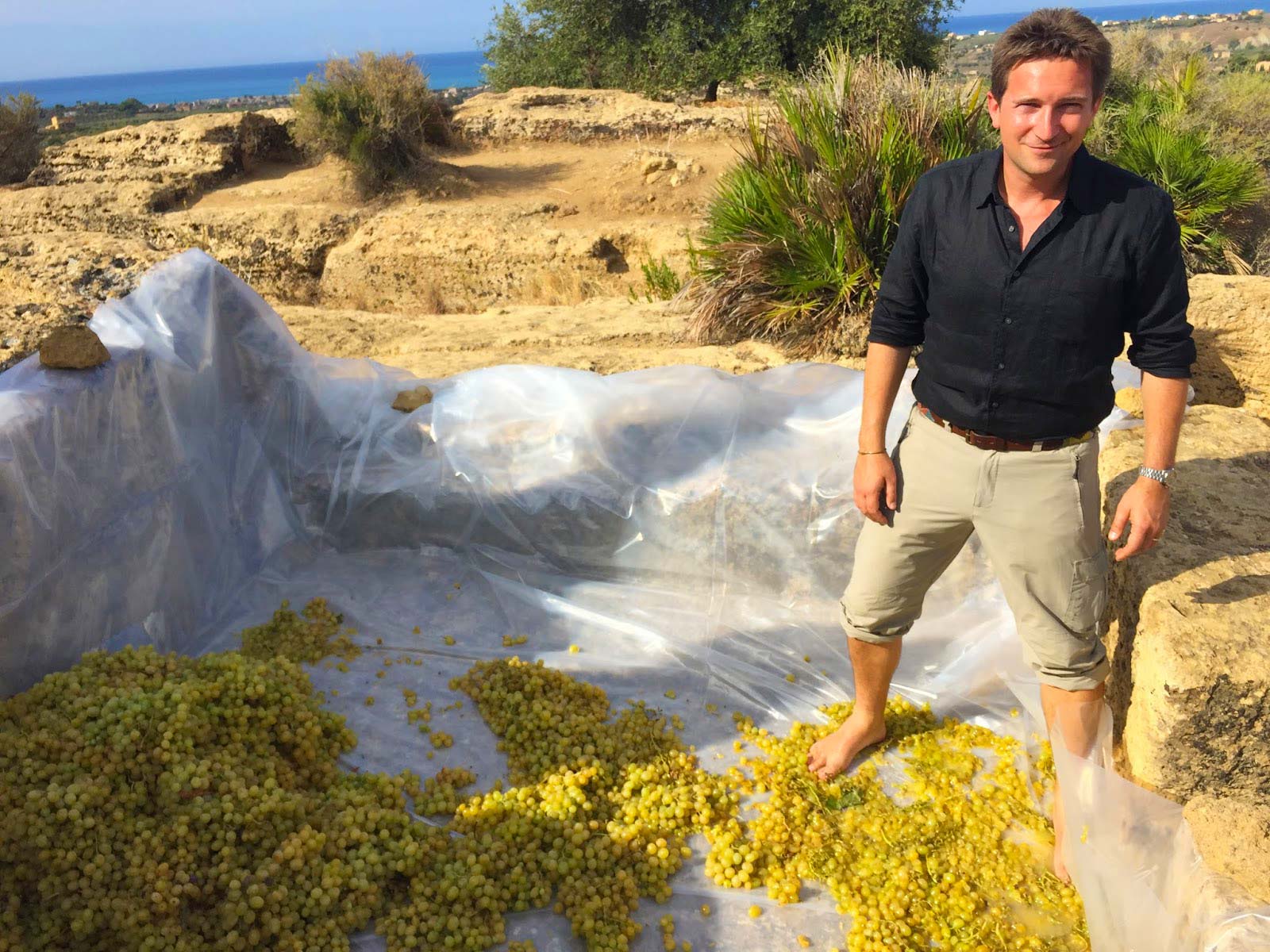 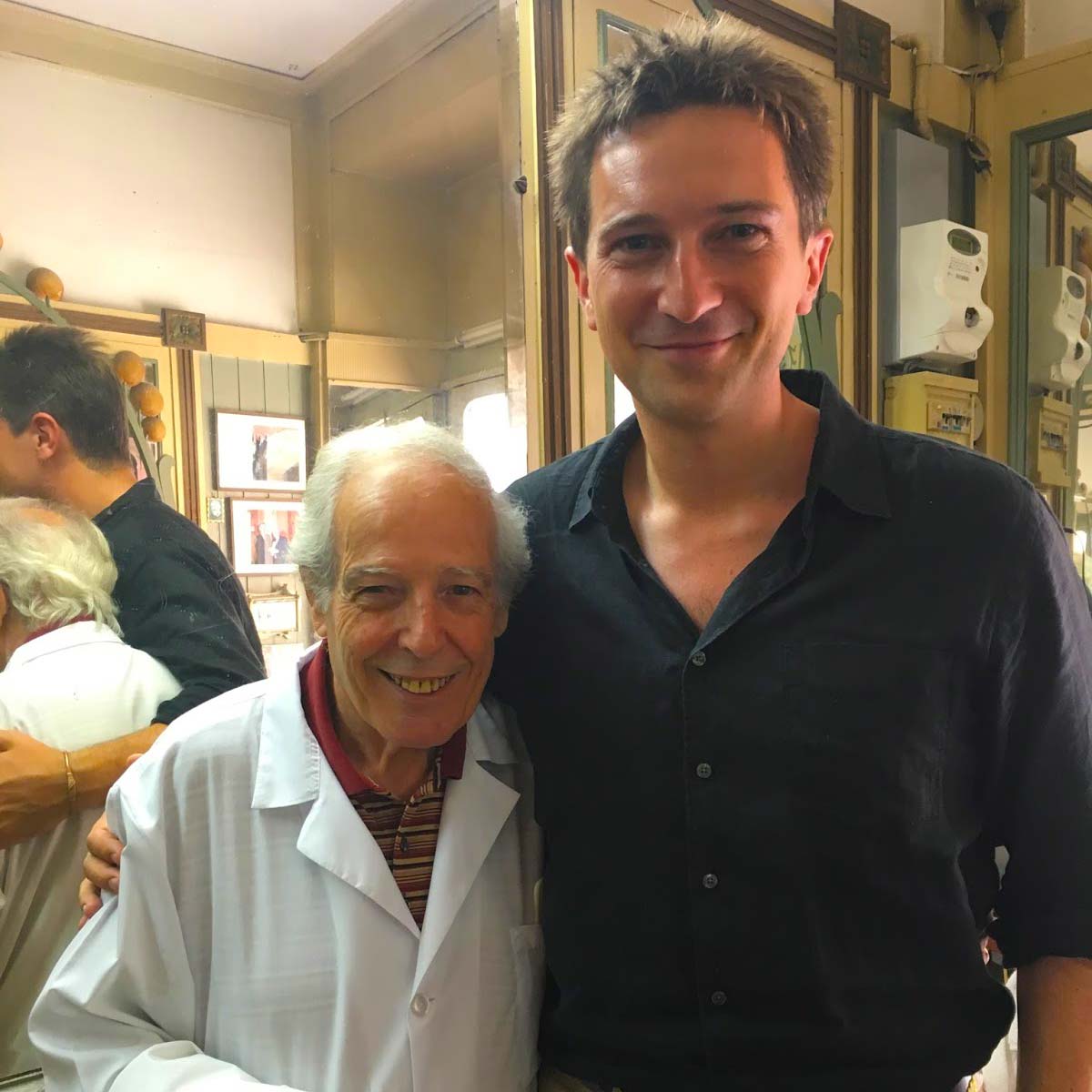 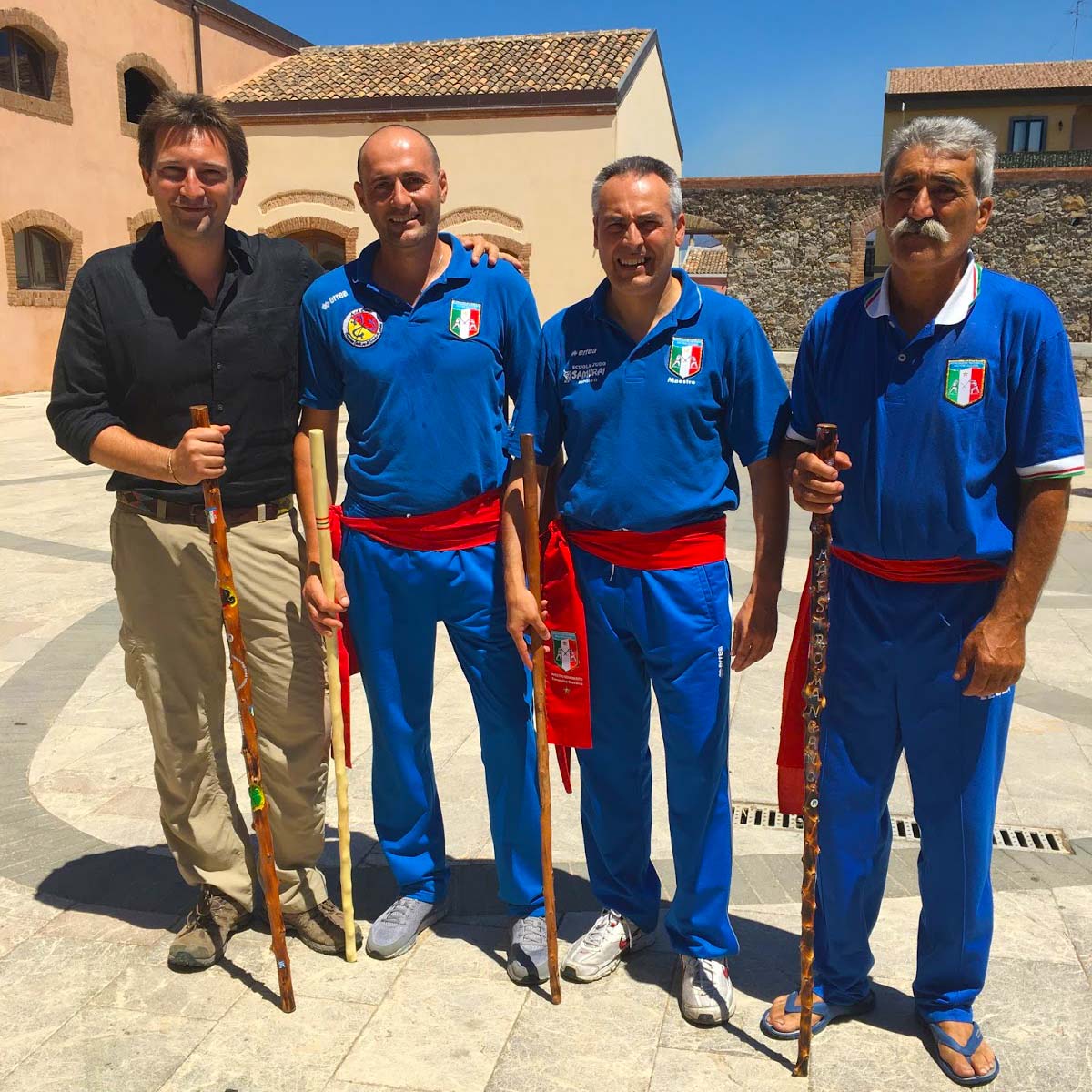 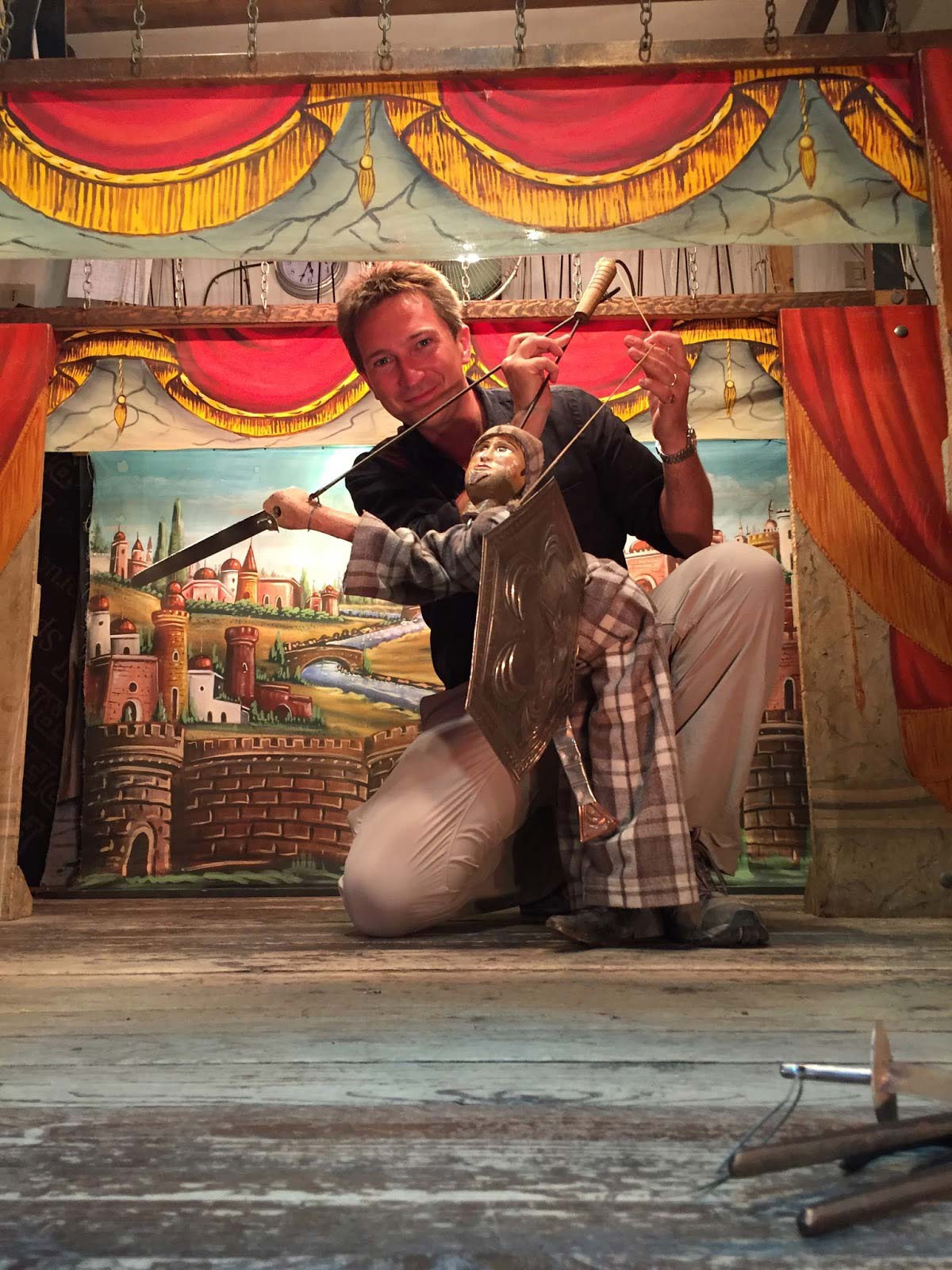 We look at its history from the Neolithic through to the present day, and along the way ask two key questions. First what does it mean to be Sicilian – especially to the people we meet along the way. And second what can we learn from Sicily in the 21st century?

The answer to the first question is so fascinating because Sicily – probably more than any other part of Europe – has been subject to so many invasions and waves of migration over the centuries. From the Greeks, Phoenicians, Romans, Byzantines, Arabs, Normans, French, Spanish, to finally becoming part of Italy only with the unification of Italy in 1860. As such its people feel themselves a real melting pot of cultures. Everywhere you turn in Sicily you see remnants of each of these different cultures – from the Greek temples and theatres across the island to the Arab Balaro markets in Palermo to the Norman Palatine chapel to the jail cells of the Spanish inquisition.

And even more interestingly, you also see the more unique creations of the interactions of all these different worlds – like the Duomo in Syracuse which is still today part Greek temple, part Church, and was once an Arab mosque. Or in the food which today screams ‘Sicily’ – like granita (Sicilian ice-cream) introduced to Sicily by the Arabs in the 9-10th centuries.

And we also explore the extraordinary spaces possible it seems only in sicily – like the Capucin catacombs, where hundreds of mummified bodies are displayed proudly. Every Sicilian we spoke to feels proud of this mix of cultures in their blood and in their island, but at the same time every Sicilian feels differently about what being Sicilian really means.

And what can we learn from Sicily in the 21st century? In 2016, the British Museum, the Ashmolean museum hosted exhibitions on Sicily – and the BBC commissioned a series on it. Sicily seems to speak to us right now. And it’s not hard to see why. Given Europe is facing its biggest migration ‘crisis’ since World War II, Sicily is the island with the most experience of living with migration over the centuries and an ideal place in which to think about and examine its effects. Especially since Sicily is once again at the forefront of this current migration movement – with its coast guard operating daily to rescue migrants from the sea fleeing the coast of Libya and bringing them back for processing to Lampedusa and Sicily. So what is Sicily’s answer, given its long experience? We spoke to Leoluca Orlando – mayor of Palermo – who argued that Sicily, more than ever, was offering its arms open and welcome. “Welcome” as he put it “was the best guarantee of safety” especially in light of the recent terrorist attacks in London, Paris and Brussels. 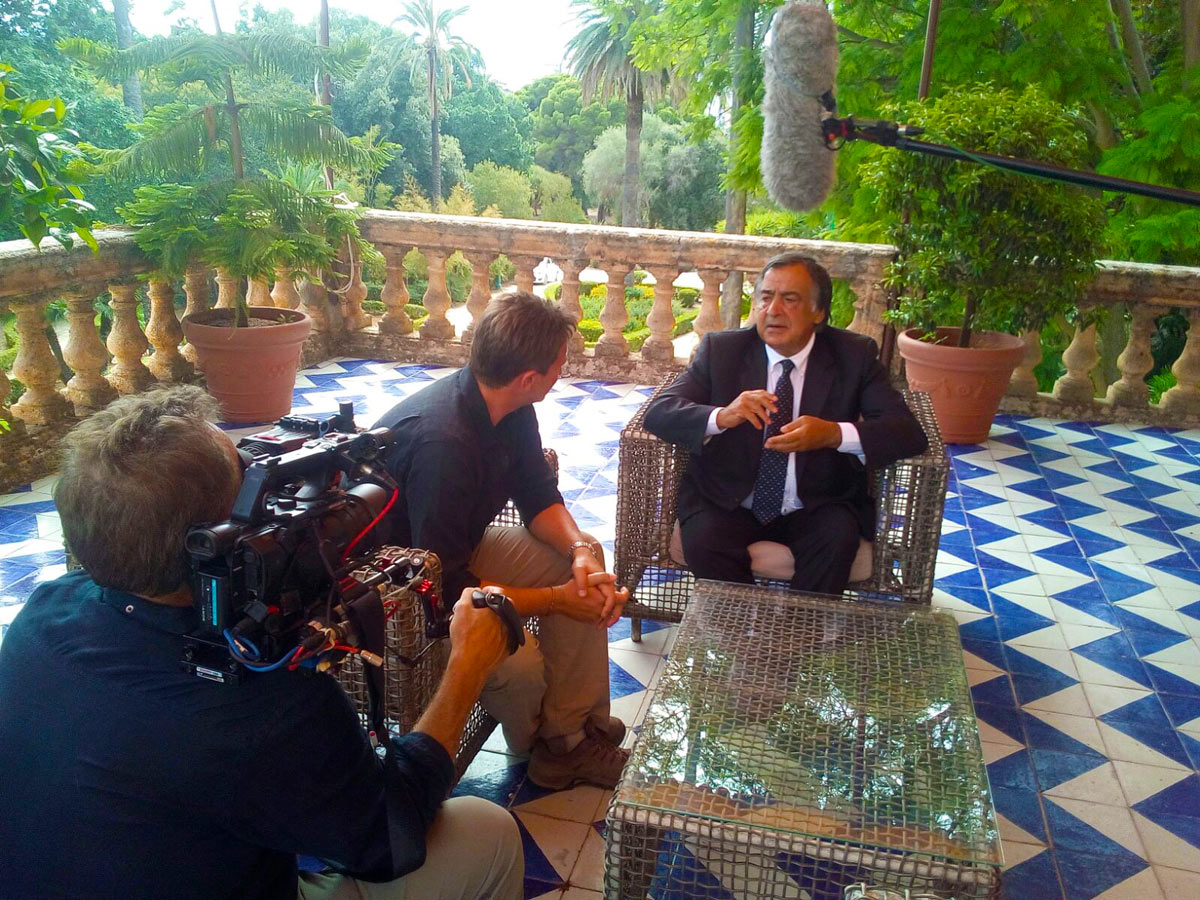 Of course Sicily has not always been the safest place. Think Sicily and we think the Mafia – particularly the Godfather. There are ‘godfather tour’ buses around Sicily taking in the sights used in the famous trilogy film. We visited Bar Vitelli – which still keeps the exact same look as in the film to speak to its current owners about what the Mafia means in Sicily today. 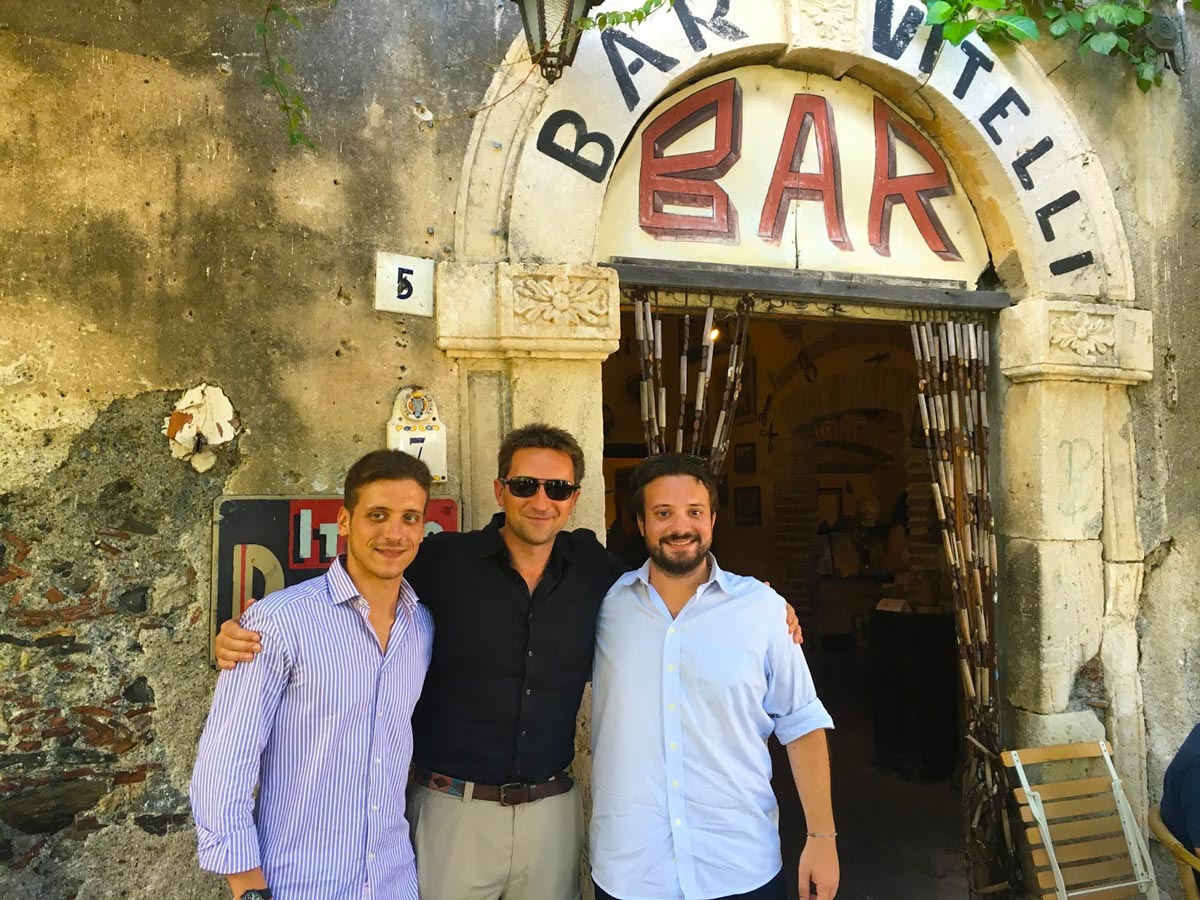 It still clearly exists, and has power, but it has lost its sheen of ‘honour’ that once cloaked its activities in a form of macho Mediterranean respectability. We spoke to those who have lost family members in Mafia killings and who now dedicate their lives to ensuring the Mafia don’t ever claim the same kind of power again. Sicily is not done with the Mafia. But it is beginning to link its attitude to its internal problems with its attitude to the outside world. As the Mayor of Palermo put it – a ‘closed’ Sicily is one in which the Mafia flourished – and could again. An ‘open’ one helps continue their transition to be ‘ordinary’ criminals. 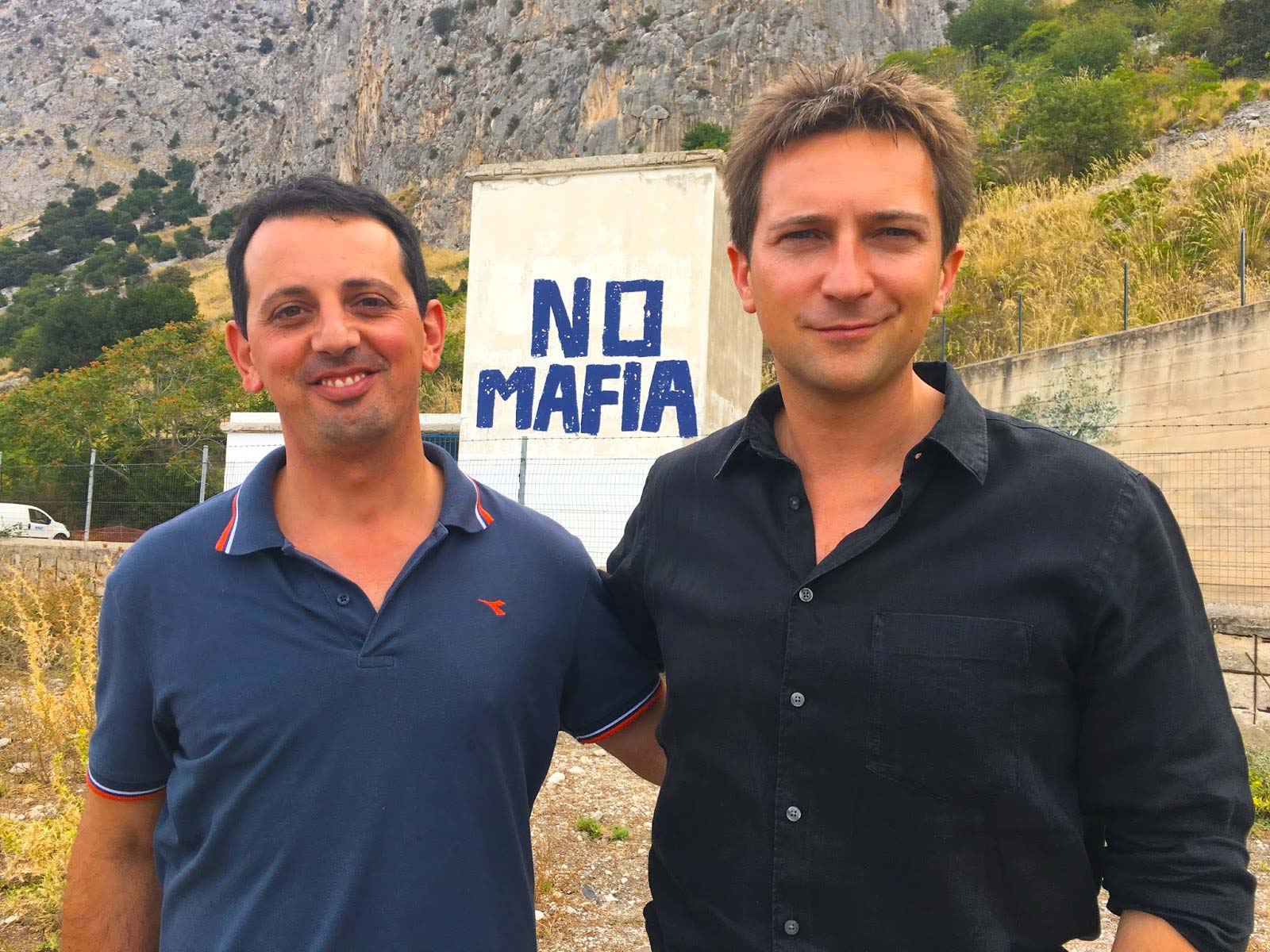 I have been fascinated by this journey through Sicily – from the warmth of the people and the way in which we have been welcomed, to the kaleidoscopic amounts of history and culture that is crammed into this island (the largest in the Mediterranean). It’s often said that Sicilians have a sadness about that – that comes from the centuries of invasions and conquests. But we did not find that – we found an optimism about what Sicily has achieved and can achieve in the future. And that makes it a great example for Europe and the world in the 21st century.