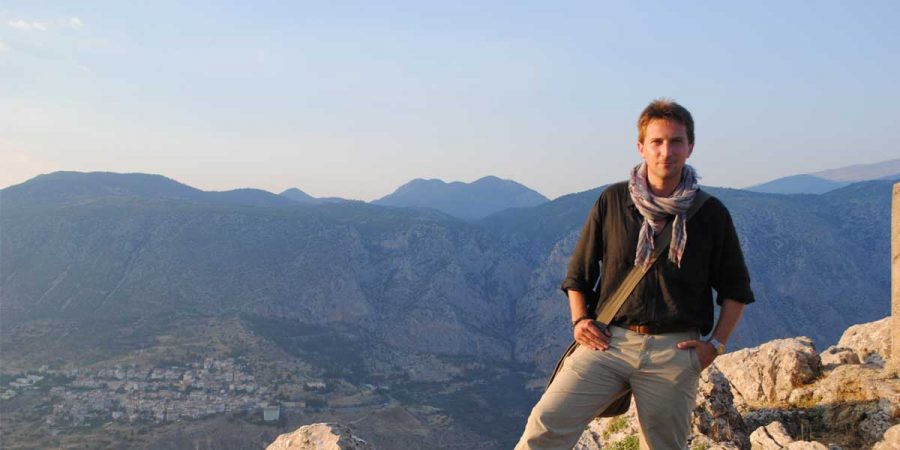 Delphi: bellybutton of the ancient world 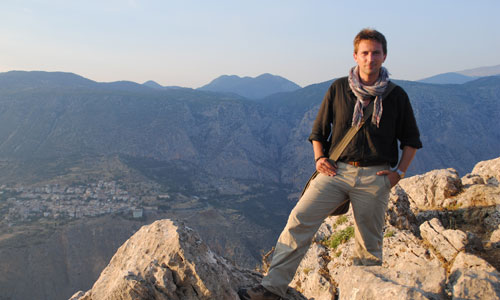 I wrote and presented a documentary for BBC FOUR on Delphi: Bellybutton of the Ancient World, (broadcast in Autumn 2010).

The programme investigates the oracular sanctuary of Delphi in ancient Greece and asks how it managed to survive as the omphalos, the bellybutton, of the ancient world for over 1000 years and what Delphi still has to say to us today.

The programme examines not just the activity of the oracle at Delphi, but the stories of the many other gods, athletic games, monuments to unity and civil war that populated the sanctuary, showing how Delphi evolved to reflect and affect the changing world around it. With locations ranging from the grandeur of Delphi to caves in the Parnassian mountains, from the glory of Athens to the cosmopolitan city of Istanbul, and with contributions from French, British and Greek archaeologists, this documentary helps unravel the mystery of the place whose most famous advice was to ‘know thyself’.

Scott, who made this programme,… does it with a style and skill, moreover, that will surely set a new standard in this burgeoning genre Anglo-Hellenic Review Spring 2011.

Scott puts the site and the seers of the oracle in evocative context. Daily Mail, 22nd November 2010.

Delphi: bellybutton of the ancient world. This last was presented by Michael Scott, a dashing young media don from Cambridge, and follows on from his book on Delphi and Olympia; he is someone we will hear a lot more from Classical Association News December 2010.

Scott puts the site and the seers of the oracle in evocative context Daily Mail, 22nd November 2010

BBC advert for the ‘Glory of Greece’ season: