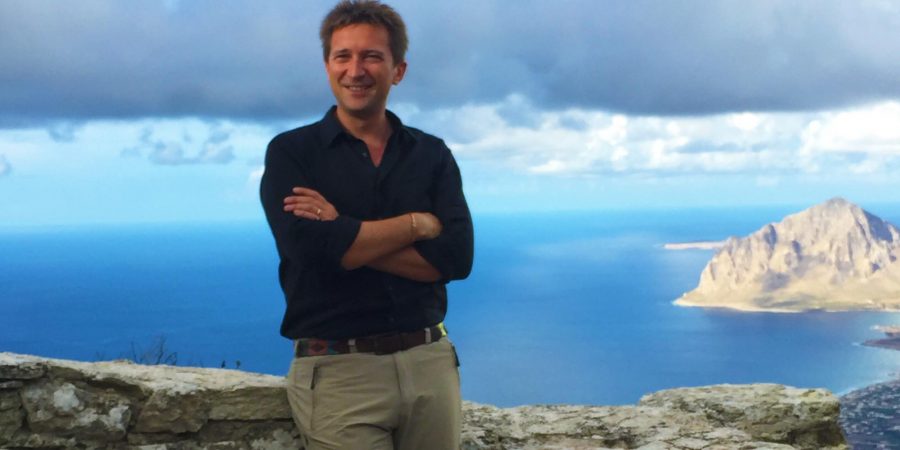 Michael Scott, whose BBC documentary series ‘Invisible Cities’ delved beneath Naples, Rome and Athens – amongst other cities – talks about his experiences at Herculaneum and examines what else may yet be uncovered. 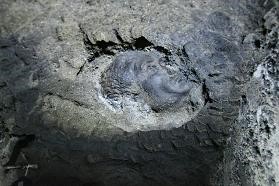 Image: Imprint in volcanic mud of the head of a statue of Marcus Nonius Balbus, in the buried theatre at Herculaneum. The statue itself is now in the Archaeological Museum in Naples. (Credit Peter Spital)

In 79CE, the seaside town of Herculaneum, with a population of about 5000, was buried 20 metres deep under the volcanic material of the super-heated pyroclastic surge from Vesuvius. The eruption killed those who had not managed to escape, but preserved their villas, wooden furniture, artefacts, shops, baths, sewers, theatre and statues. It also buried the only Greco-Roman library to survive into the modern era, and it is hoped that new techniques may soon enable its hundreds of carbonised papyrus scrolls to be read once more. Two-thirds of Herculaneum, which lies beneath the modern town of Ercolano, still remains unexplored.

Michael Scott, academic, author and broadcaster in history and archaeology, is a Professor in Classics and Ancient History at the University of Warwick https://michaelscottweb.com/