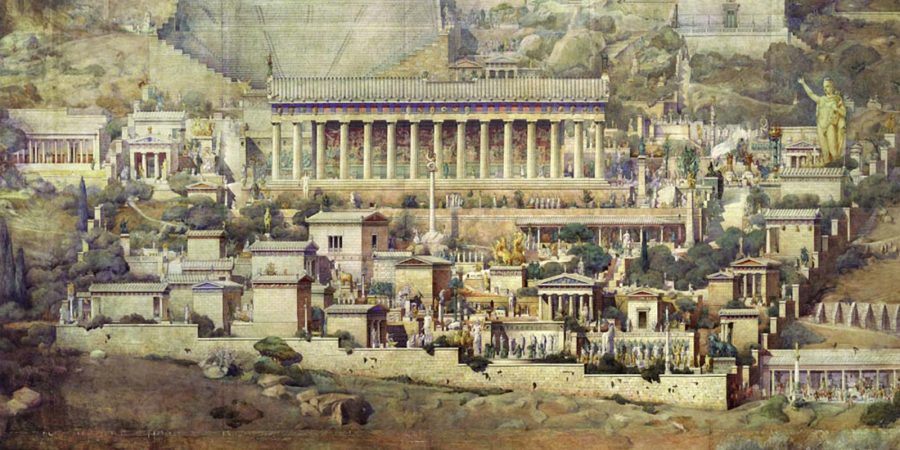 Delphi: A History of the Center of the Ancient World

Michael ScottPublicationsDelphi: A History of the Center of the Ancient World
Order my book now

Like the two eagles released by Zeus from opposite ends of the world who then met in Delphi, Michael Scott gets to the heart of antiquity’s most celebrated and enigmatic oracle. A vivid and lucid study that reanimates the mentality of those who consulted Apollo more convincingly than any other I have read.Tom Holland, author of Persian Fire: The First World Empire and the Battle for the West

Learned and elegant, Michael Scott’s Delphi offers an in-the-round study of the heart of ancient Greece, a focus of religion, art, athletics, intrigue, and treasure so potent that it still gives us an adjective for enigmatic–‘Delphic.’ Scott’s irresistible narrative brings it all back to life.Barry Strauss, author of Masters of Command: Alexander, Hannibal, Caesar, and the Genius of Leadership

Few scholars know the history of ancient Delphi as intimately as Michael Scott does. Apollo’s injunction to ‘know yourself’ is as hard to obey now as it was in ancient times, but readers seeking enlightenment will surely be encouraged to learn that the unsettling Delphic effect is good for them. On a more earthly plane, they will find Scott’s expert guidance to the site and its museum invaluable.Paul Cartledge, author of After Thermopylae: The Oath of Plataea and the End of the Graeco-Persian Wars

“Delphi: A History of the Center of the Ancient World” Princeton University Press 2014.

Shortlisted by the Anglo-Hellenic League for the Runciman Award 2015.

The oracle and sanctuary of the Greek god Apollo at Delphi were known as the “omphalos”–the “center” or “navel”–of the ancient world for more than 1000 years. Individuals, city leaders, and kings came from all over the Mediterranean and beyond to consult Delphi’s oracular priestess; to set up monuments to the gods in gold, ivory, bronze, marble, and stone; and to take part in athletic and musical competitions. This book provides the first comprehensive narrative history of this extraordinary sanctuary and city, from its founding to its modern rediscovery, to show more clearly than ever before why Delphi was one of the most important places in the ancient world for so long.

In this richly illustrated account, I cover the whole history and nature of Delphi, from the literary and archaeological evidence surrounding the site, to its rise as a center of worship with a wide variety of religious practices, to the constant appeal of the oracle despite her cryptic prophecies. I describe how Delphi became a contested sacred site for Greeks and Romans and a storehouse for the treasures of rival city-states and foreign kings. I also examine the eventual decline of the site and how its meaning and importance have continued to be reshaped right up to the present. Finally, for the modern visitor to Delphi, I include a brief guide that highlights key things to see and little-known treasures.

A unique window into the center of the ancient world, Delphi will appeal to general readers, tourists, students, and specialists.

Space and Society in the Greek and Roman worlds