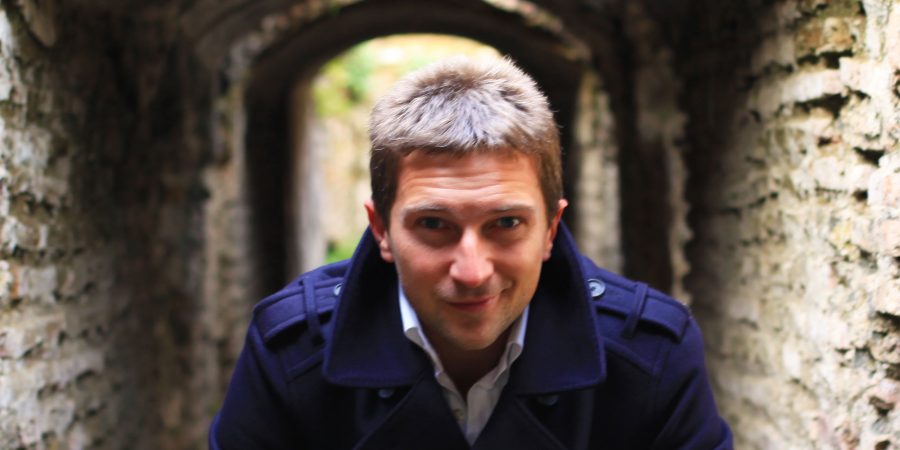 Hope you have all enjoyed Jesus Rise to Power. Here’s another entry from my filming diary for 19th December 2011:

‘We landed in Tunis with Tunis Air to applause from the airplane cabin – a good sign! I was hugely curious to see the country post–revolution and we arrived the day after they had unveiled a statue to the man who set himself on fire in protest at government corruption and sparked the Arab revolution. I had a little time to explore the capital Tunis – a colleague who works here often had told me there was a much more relaxed atmosphere here since the revolution, but also a sense of uncertainty as to whether Tunisia was yet on the right path – a real game of wait and see. I spent a little time in the souks of the Medina – the old part of the city, enjoying the narrowing winding streets, brightly painted doors and inventive lines from the store-holders tempting me to buy their goods. Our filming day began early as we headed in the rain to Oudana, ancient Roman Outhina – a fantastic, little-known Roman city site with amphitheatre, baths, and capitol where we set a number of pieces surrounding Christian martyrdom. We were beset though by constant bursts of rain, forcing us to run and seek shelter on a regular basis in the lower vaults of the arena. From there, via enormous rain storms, mud-covered roads, our van sliding enough over the mud even to make the habituated Tunisian driver grip the wheel tight, a quick lunch at a shack schwarma (kebab) shop on the road site, to Dougga, another Roman city site, fantastically well preserved with theatre and capitol building still standing proud in amongst the ruins of an large civic settlement. It was the most freezing place I have been in a long time – standing tall on top of the highest view in a valley – it meant we faced the full force of the wind and the rain. We were under enormous time pressure before the sun went down to secure a dozen pieces to camera and, amid the continuing rain showers, we managed to do it just as the sun slipped below the horizon. Our hotel for the night was the only hotel in Dougga – with a welcoming open fire that the team spent most of the night huddled around.’